Today is a rest day for Ray and me. We flew into LA very late last night from Dallas, just missing the snowstorm by 30 minutes that covered Sherman with a lovely white blanket. (We left for Dallas at 5 pm and the snow arrived at 5:30). Right now (and much of the day) I have had daughter Rachael’s dog, Hazel, snuggled on one side of me on the couch and our terrier, Frankie, and our corgi, Cordelia, snuggled up on the other side. I have missed my little canine friends while in Texas. I like it better when they are with us since they are part of our day-to-day family.

Here are at least two of the dogs, Cordelia and Hazel: 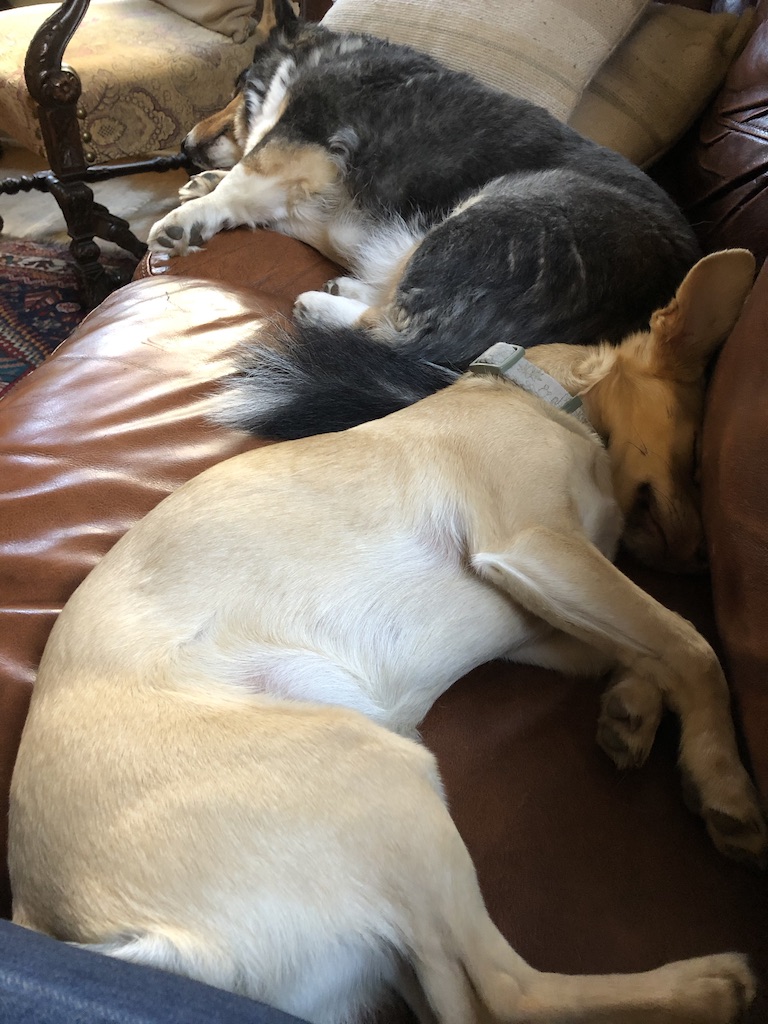 We arrived home to discover that Rachael had been sick the entire week with a fever, congestion and a bad cough. We knew she didn’t feel well but didn’t expect her to still be fighting her ailment a full seven days after getting it. Luckily, this morning, she reported that she felt slightly better, though she said she still couldn’t taste or smell anything. Unfortunately, she is exposed two days a week to Patient Zero (nine-month-old Lyla) over at her sister Sarah’s house, and that little walking germ incubator is doing an amazing job of exposing not only herself but also her entire family to every virus and cold that is floating in the air. I know she’s building up immunity but it’s a little hard to watch how many people she takes down with her every time she contracts a little (or big) bug.

Here’s a photo of Lyla (the germ factory): 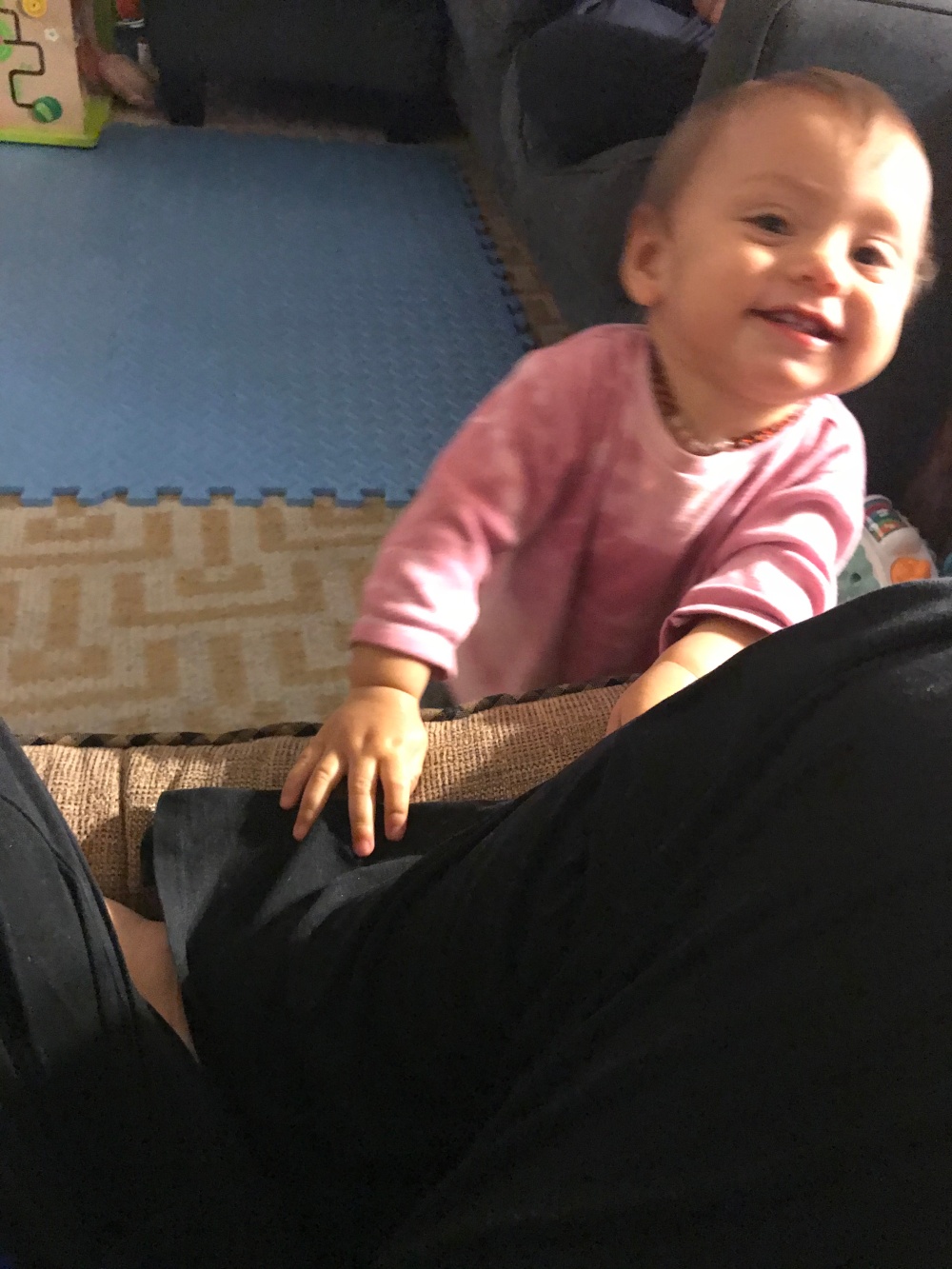 Rachael told this morning that she was watching little 4-year-old Nico the other day and he looked at her and said, “Auntie Rachael, are you married?” Rachael told him no. She said he then got very serious and said,  “Well, do you think when I grow up, you could marry me?” She said that it was so sweet she just burst out with a loud, “Yes!” She said he looked very pleased. That little Nico. He’s such a doll. 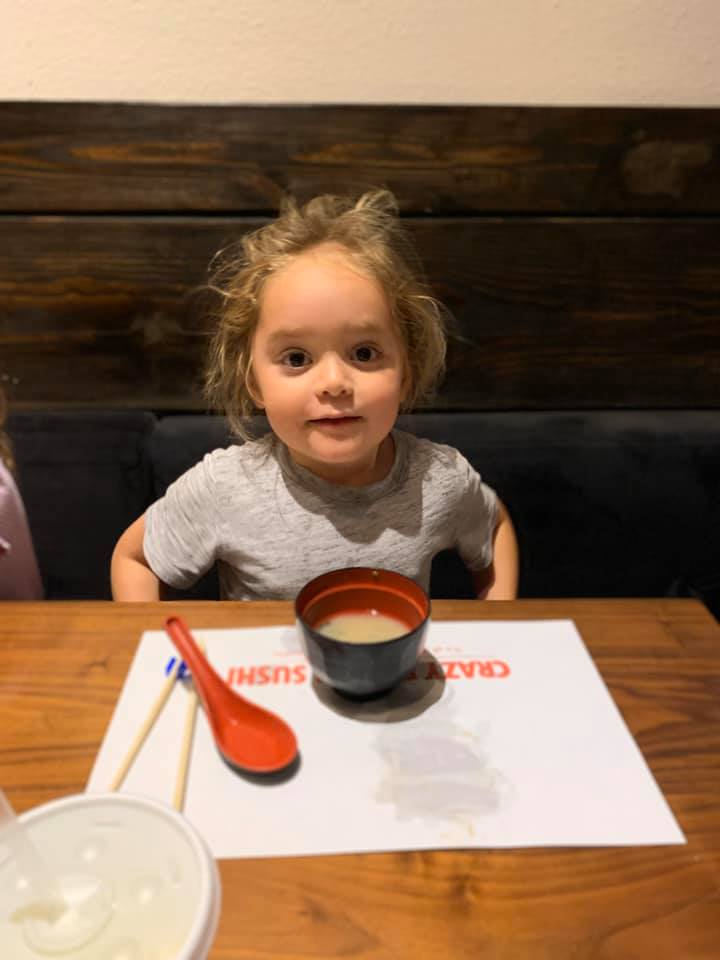 Here’s Luna, obviously doing just fine. And, yes, I know it’s painfully obvious I am missing my grandbabies. The good news is that I will see them this weekend! 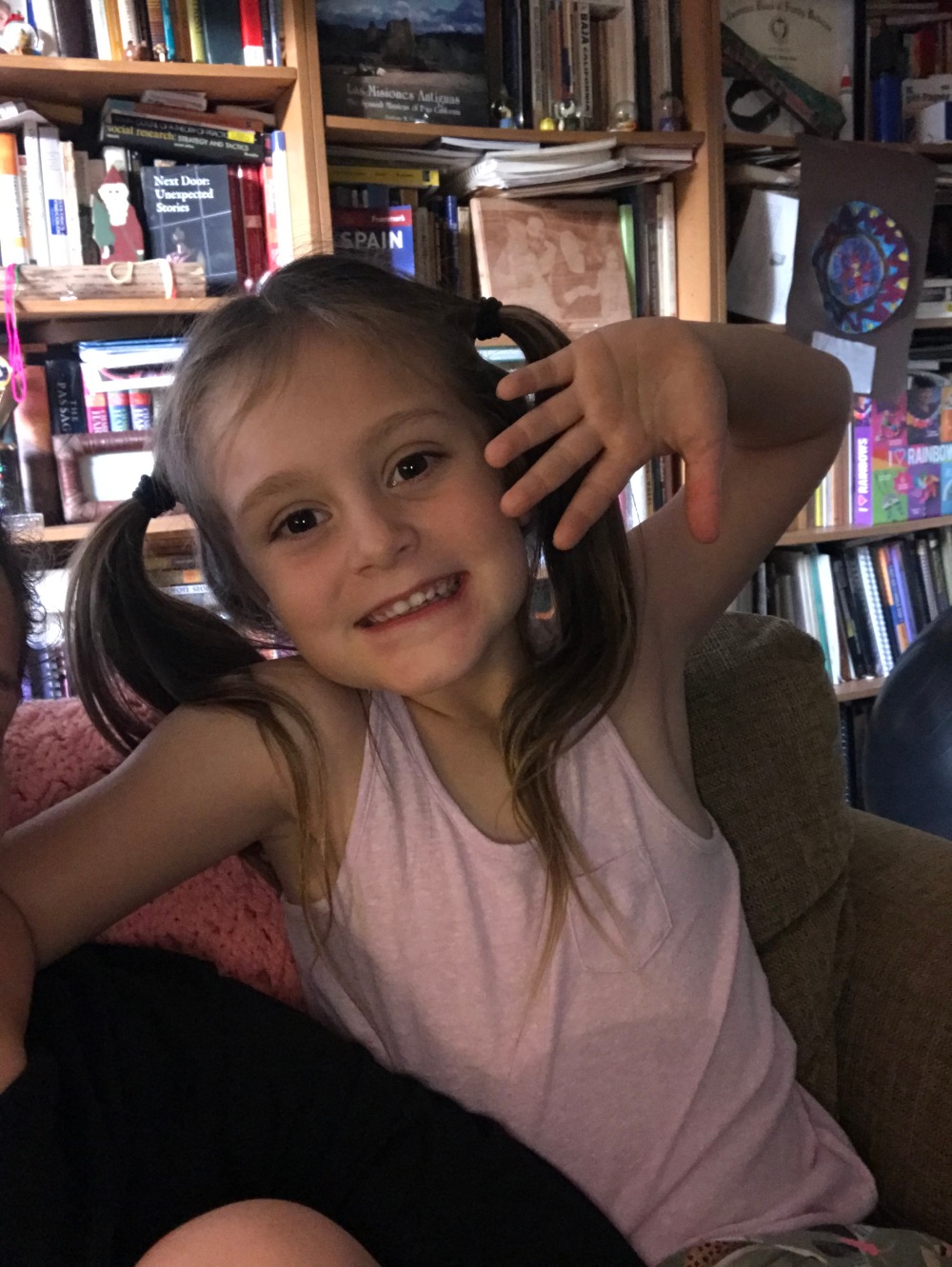 I will check back in with you all tomorrow. But right now, I am back to more resting, this time upstairs in my bed.

Have a good evening, my friends.