Mary Louise awoke in the dead of night to the distinct smell of bacon frying.  She rubbed her eyes and glanced at the clock: 3:42 am. “What the hell?” she muttered as she slipped on her robe, grabbed her flashlight and headed for the staircase. The house was dark save for a dim lamp burning in the upstairs hall and she leaned over the stair rail to see if she saw a light under the door in the kitchen. She didn’t, but the bacon smell was stronger than ever. Curiosity propelled her forward. She tiptoed down the stairs, avoiding the steps she knew creaked.

Off in the distance, she heard a siren and stiffened. Maybe the police were in search of the very person who had broken into her kitchen. She crept past the kitchen door and headed for the hall closet where she kept a pistol. It was John’s – had been John’s  – before he died six months before in his armchair.

Mary Louise thought for just a moment, What if that is John’s ghost come to see me? Of course, she had dreamed of such an event. After all, there had been no good-bye, no last kiss, no words of love or wisdom or guidance as she was left to fend for herself. Just a vacant stare as she entered the study and found him, his eyes fixed on some far point completely out of her earthly reach. Besides, John wouldn’t be frying up bacon; he’d been a vegetarian since he was sixteen. Not even in death could she imagine him relenting on that deeply-felt belief.

She thought perhaps she should telephone the police. Yes, of course, that is exactly what she should do, a woman alone in an old two-story Victorian home. But first, she decided to put her ear against the kitchen door to determine if she could hear any activity. Silence. Even the bacon smell, which still wafted in the air, was beginning to wane. Mary Louise screwed up her courage, cocked the pistol as she had been trained to do by John himself, and pushed the door open with her foot. It banged against the far wall, making her jump, but her flashlight revealed only an empty kitchen with everything neat and tidy just as she’d left it. The chain was still securely fastened on the back door and her rain boots were undisturbed right in front of the door. She peered out the kitchen window. The garage light glowed, revealing nothing.

She shook her head, marveling at the power of her olfactory imagination, then headed back upstairs. What a laugh her sister Kate would have when she told her about this incident later in the morning. Chuckling to herself, Mary Louise reached the top step. There, sitting in her wicker chair was a thin, white-faced man with dark messy hair and a cigarette dangling from his fingers. She froze, startled by the sight. “Charles?” her voice barely a whisper. “Can that be you?”

Her brother leaned back in his chair and sighed. “I’ve come to confess that I am responsible for John’s death. I didn’t mean to kill him, of course. I always liked John even with his rather macho ways. But I wanted to taste bacon just one more time like you and I had when we were kids, and I’m afraid I gave him quite a fright. He came down, just as you did, caught me in the kitchen, then stumbled into his study with his hands clutching his chest. I just couldn’t rest until I had told you the truth.”

Mary Louise’s eyes filled with tears. “Oh, Charles, it wasn’t you. John had a heart condition that he didn’t want anyone, including me, to know about. His doctor told me that John swore him to secrecy. He didn’t want people treating him differently in the last months of his life.”

“Yes, I can relate to that part, at least.” Charles leaned back, took a deep drag from his cigarette and chuckled. “In that case, may I please finish my bacon? I hid it when I heard you coming.”

Mary Louise laughed. ”Of course. Will you be here long?”

“Just until I’m done eating. I am already feeling the tug to leave. I was just here to make amends.”

A wave of sadness washed over Mary Louise. “But I just got you back.”

Charles crooked his head. “Oh, we’ll have years together, don’t you worry, sweet sister. It’s only a matter of time.“

Mary Louise watched her brother scramble down the stairs as if he were seven again, not the way she’d seen him gasping for breath from lung cancer. “But wherever did you hide your bacon?” she asked.

He grinned. “Wrapped in a napkin in your rain boot, of course. Now, come on!” 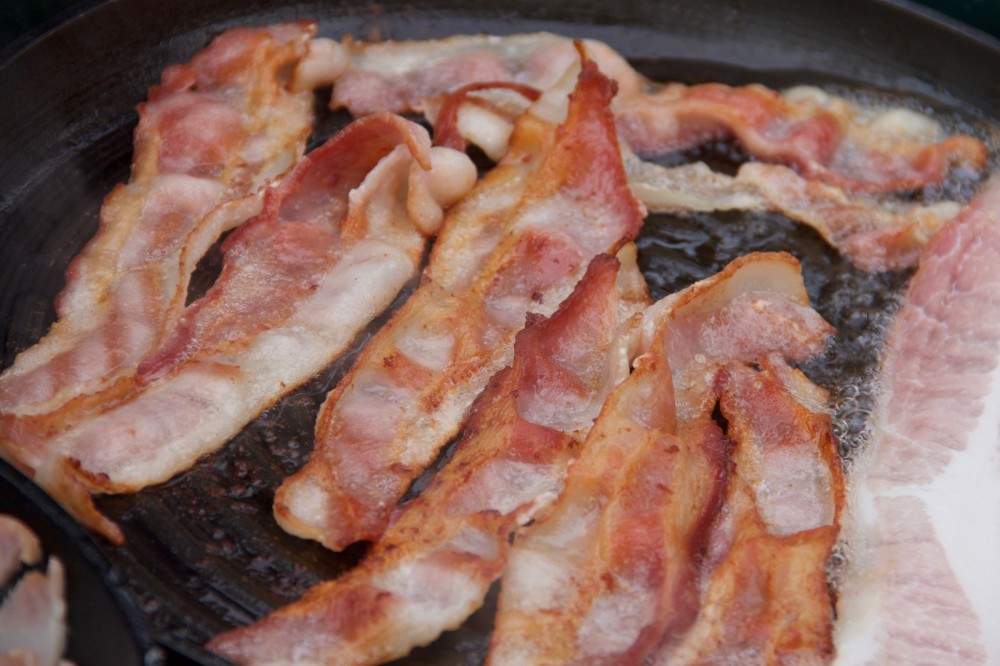