Grandbabies visiting tonight.  They arrived mid-afternoon and will leave mid-morning tomorrow.  We have played in the mud in the back yard, taken showers to wash off all that mud, eaten dinner, taken a walk around the block with the dogs and Grandpa, brushed teeth, gotten on pajamas, crawled into bed together to watch Madagascar II, gotten up several times to either change Nico’s diaper, fill his bottle or get him settled in the other bedroom where it was quieter.  (He is now sound asleep right next to me.)

I better hit the sack.  They will be up very early, I suspect, and I want to be right there too since I dislike them so thoroughly.

Here they are playing with mud in the back yard: 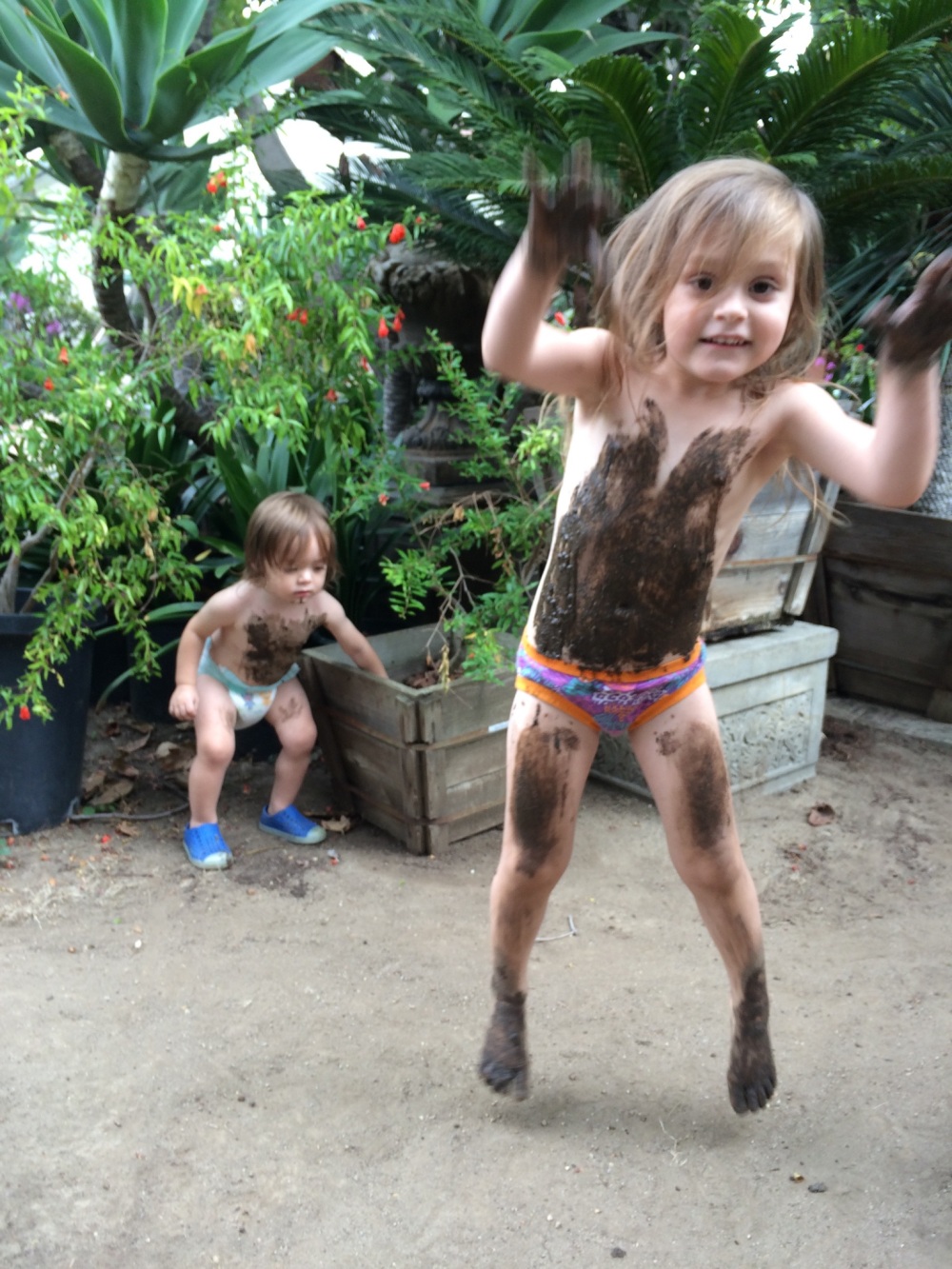