Flipperdee, the baby seal, was sitting on a rock by the ocean with his mother, Gloria.  Suddenly, a helmet dropped on Gloria tail.  The helmet had fallen off the head of a little girl who was riding her bicycle nearby.

The little girl jumped off her bicycle and ran over to the seals.  “Excuse me, I am so sorry I dropped my helmet on your tail.”

Flipperdee, who was very shy, just looked at the little girl but didn’t say a word.  Finally, Flipperdee asks one Flipperdee sentence, “What is your name?”

“Leah,” the little girl said then turned and ran way.

At that point, Leah’s mother came running up, saw the bicycle and helmet, and cried out, “Where is my sweetie?”

Gloria wanted to tell the mother that Leah had run off to the right, but seals can only talk to human children. So, Gloria scooted on her belly and used her flippers to go over to a ginormous grape vine that was growing nearby. Flipperdee followed her and they both started barking at Leah’s mother, saying, “She is hiding in here.” The mother followed them.

Suddenly, Leah crawled out from under the huge grapevine and was holding the biggest, most giant grape that any of them had ever seen.  “Look what I found, Mama!”

Everyone was happy to see her.

Leah was so happy that she clapped her hands together hard.  She smashed the giant grape between her hands and it started raining grape juice everywhere.

Flipperdee, Gloria, Leah’s mother and Leah all opened their mouths and got a big taste of delicious grape juice.

They were very happy. 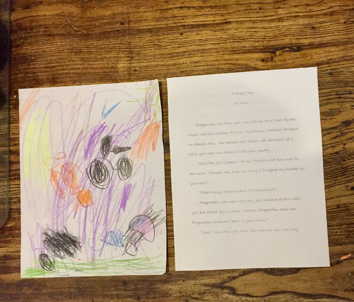 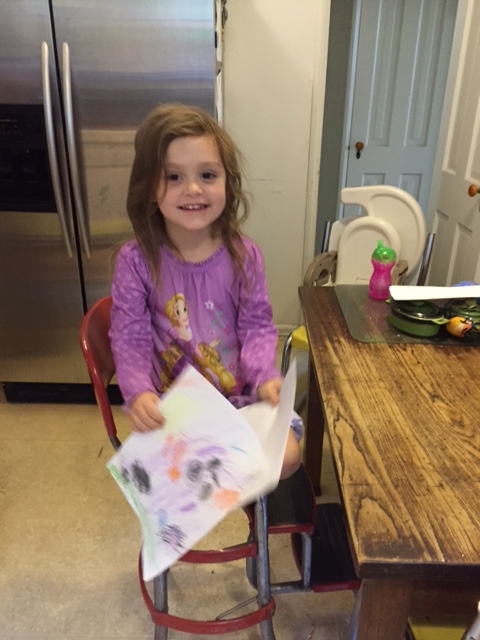