This morning, Ray and I were up early, heading to the St. Thomas Breakfast Club, which is our homeless breakfast program.  We knew that several of our regular volunteers wouldn’t be there today because of vacations, but we didn’t quite expect that only two people would be there at 6:15 am, Deacon Johnson and one volunteer, Nora.  Usually at 7 am, more volunteers come.  Ellen arrived around 7:15 for kitchen help; two arrived to set up out front.  That left Nora, Ellen and me to cook for our Breakfast Club guests.  (Deacon and Ray have other duties to attend to every week related to making sure everything runs smoothly out front.)

We soon realized we didn’t have potatoes for our usual homemade sliced potatoes with cheese on top; so, we decided to make macaroni and cheese instead.  Who doesn’t like mac and cheese at any hour of the day or night?  We also scrambled up a bunch of eggs, heated up corned beef hash, made homemade pancakes and opened several big cans of peaches.  The result?  What several of our guests described as one of the tastiest breakfasts ever.

Luckily, a few more volunteers arrived just in time for clean up.  This couldn’t have been more perfect timing.

Of course, we prefer plenty of volunteers so all the work is spread out among many, but our little kitchen crew was pretty proud of the spread we put out considering there were only three of us.

I was too busy to take pictures this morning.  Instead, I’ll just put up a few from past Breakfast Clubs.  That will at least give a clear picture of our mission to provide a hot meal twice a month to those in need in West Hollywood and Hollywood.

I’ll check back in tomorrow.

Have a good night.

As You Can See, Usually We Have LOTS of volunteers! 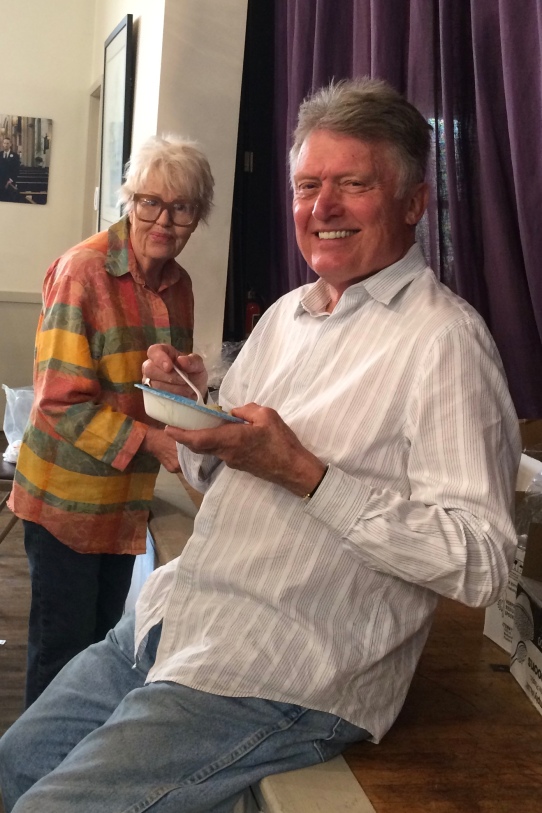 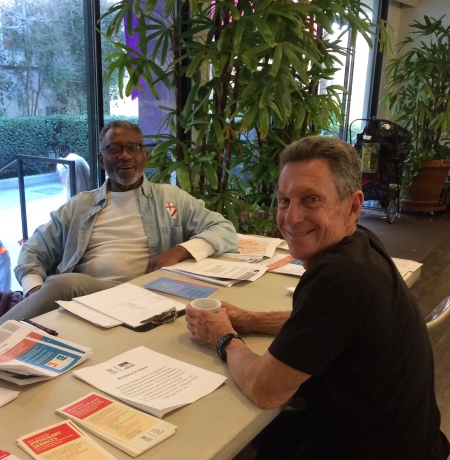