I have been working since noon.  One of my students has a 25 page paper on the Eugenics Movement.  In case  you don’t happen to know what that is, it was a movement in the early part of the 20th century that was based on two parts: positive eugenics = breeding people with Aryan features to create a super race and negative eugenics = eliminating by either sterilization or death those people who were deemed sub-par in society.  The American and British Movements helped inspire Hitler’s “super-race” idea, which lead to the mass extermination of Jews and other “undesirables” during the Nazi Regime.

The other 25 page paper I’m working on with a student is on the Aryan Brotherhood, which is a murderous prison gang which has its roots in White Supremacy.  We are researching how racial hatred helped create this group, which has the motto, “Blood in, blood out.” This means you have to kill someone to become a member of the group and you only get out of the group when you die.

Both of these papers are for college students.  See a theme?  Apparently, we are in a time when we must look deeply at how intolerance and hatred have shaped our world.  I think that is appropriate given the current climate in our country.

I am due to learn a lot about each of these subjects before we are finished. I don’t want to know about all of this hatred in the world, but I can see that it is my job to open my mind and learn. Living with my head in the sand is not going to help me or anybody else.

I am now going to bed.  Enough learning from history for today.  I have to regroup to look at this again tomorrow.

I may not be able to watch the national news tonight.  A little too close to this particular subject matter. 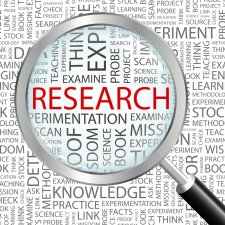