When I was growing up, I had a problem buying shoes. My feet were small and wide, and in my little Texas town of 7,000 it was not always easy finding shoes that fit me in the local shoe stores. This meant at the very least traveling 25 miles over to Sherman, which had a population of 32,000 or in the worse case scenario, making the 55 mile trek to Dallas. For my mother, who on the best of days was a reluctant shopper, this situation produced frustration and annoyance. Her solution: boy’s basketball shoes.

Now, granted, nowadays, it is not uncommon to see girls wearing high-top Converse All Stars, but this was in the early 60’s and not one girl I knew would have been caught dead wearing those shoes. Well, one. Me. It was bad enough that the shoes were clunky, but wearing them was even worse when coupled with the school dress code at the time: no girls in pants. Alas, there I was wearing high-top basketball shoes with dresses.

On the day that my mother made the discovery that Converse All Stars would actually fit me, she looked at me said, “Maybe you’ll start a trend.”

Well, I don’t think it was me…after all, what fashion editor was lurking around Bonham, Texas in 1962…but it wasn’t too many more years down the road before girls indeed did begin to don these shoes with pants or dresses, and were deemed, “Funky and cool.”

I was perhaps funky, but certainly not cool. To my friends’ credit, I don’t remember being teased. I am genuinely surprised by that fact. Still, for what it’s worth, my mother had some fashion-forward sense.
Who would have thought?

As for me, I learned how not to define myself by what I wore. A useful lesson that sometimes comes back to haunt me since I, like my mother, am a reluctant shopper at best. But even though my daughters like wearing high-tops, I have never worn another pair. Not because I have terrible memories of wearing these shoes or a hidden resentment towards my mother. No, I just don’t like the way they look on my foot. Or…maybe I remember clomping down the halls of my elementary school one too many times to enjoy that feeling.

Whatever the case, I wish we’d had the sense to put our money where my feet were fifty years ago. If we’d just bought stock in Converse way back when, those “high-top” memories might now be a little sweeter. 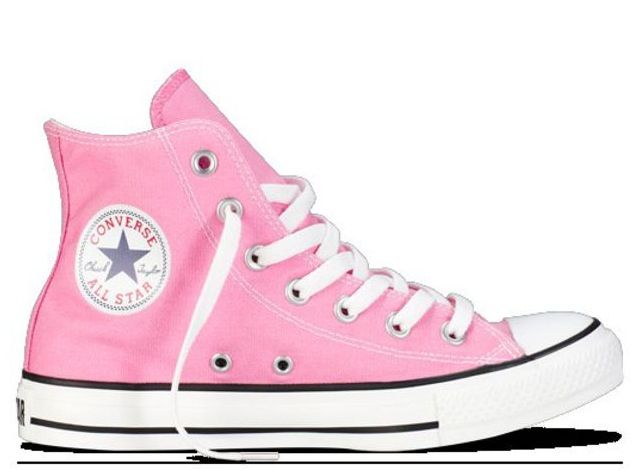