Ray and I arrived in Sacramento today in early-afternoon after leaving Ojai at 5:40 this morning. We are here for less than 24 hours to pick up a 1953 Spartan Imperial mansion “park-model” trailer, which was designed to be used as a home rather than for vacation. These trailers were popular in the post-World War II era when there was a housing shortage. At that time, the Spartan cost $5877, which was not that much cheaper than a house, which averaged $8200. (The average income at that time was $4011, just to give you the overall economic picture.) These trailers were manufactured by J. Paul Getty, who bought the Spartan Aircraft Company in Tulsa, Oklahoma in the 1930s. After World War II, when the demand for aircraft decreased, Getty repurposed the aircraft materials by using them to make a whole line of Spartan trailers. Our “Imperial mansion,” which is 42′ feet long, will soon serve at our Ojai office and storage facility for our eBay business.

We had a good day overall though it was 95 degrees this afternoon here in Sacramento and we were working outside most of the afternoon. After driving here from Ojai, I was Ray’s right-hand person as he aired up the tires, ran wire for the lights, and did all the various and sundry tasks necessary to transport this very long trailer the 360-mile distance from Sacramento to Ojai. Normally, that trip takes an average of almost 6 hours, but tomorrow, we fully expect it to take quite a lot longer than that.  We are not allowed to go faster than 55 miles an hour towing a trailer by CA law, and we will not be going nearly that fast pulling this very L-O-N-G trailer. We have a man who works for us who will be driving up and meeting us a few hours out from Sacramento solely for the purpose of being there to help in case of blown tires or some kind of breakdown. We have several spots where we’ll be going up to a fairly high elevation and then coming back down on the other side.  So, we need a third set of eyes on the back-end of the Spartan. We are leaving early in the morning to do the final preparation for the trip and then will head out at our snail’s pace. If you’re traveling from Sacramento down south tomorrow, then you’ll no doubt see us crawling along the road.

Here are a few photos of what a Spartan Imperial Mansion looks like, just to give you an idea.

Wish us luck on our travels tomorrow! 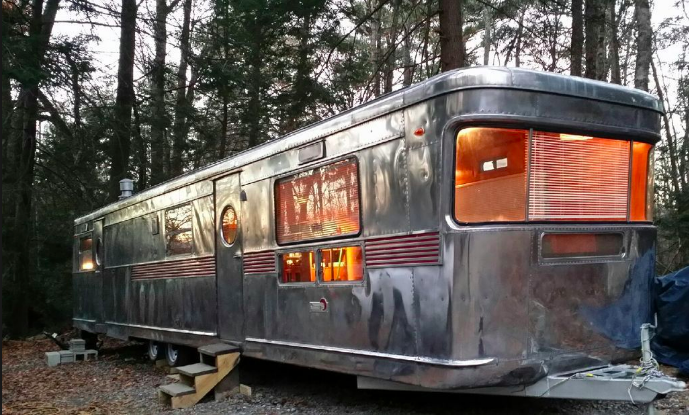 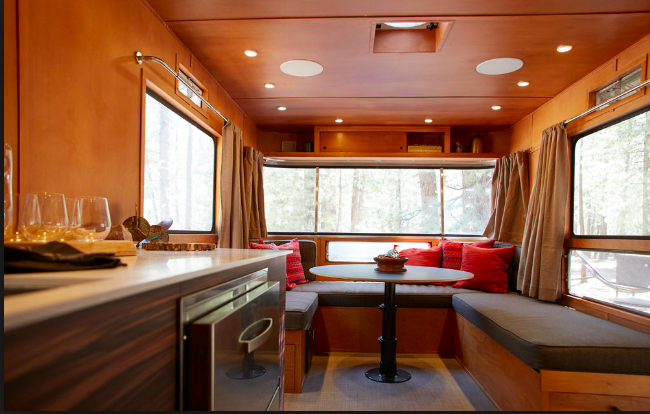