Ray and I were up at the orange grove yesterday with daughter Liz and three dogs. (Ron was off at court, working.)  As the temperature nosed up at a steady rate to the 96 degrees that was predicted, we started getting a bit worried. The problem was that Southern California Edison had sent out a notice that the electricity would be out from 10 am – 5 pm, which made it impossible to sit under a tree with a fan positioned perfectly to take advantage of the ocean breeze coming in from the southwest.

We, of course, could figure out a place to hide in town, if need be, but we had the dogs to think about and we knew the heat would be hard on them.  This prompted a trip to the local Ace hardware store for Liz and me where we found a solution to our problems for around $10: the Cobra Mist Stand. This was a coiled piece of hard plastic with a spray nozzle on one end and a hose connector on the other. Liz and I bought two and took them back. They sprayed out such a fine and delightfully cool mist, we returned to Ace and bought two more. It may have been the heat, but Ray, Liz and I decided unanimously that this was one of those simple but perfect inventions for those of us who spend a lot of time outside in the summer, with or without electricity.

The gist: we spent the entire afternoon at the orange grove without having to escape to air conditioning in town and we and our dogs were cool and comfortable.

Enough said.  We should all buy stock in this company!

Here’s a photo of Liz enjoying the “Cobra” mist: 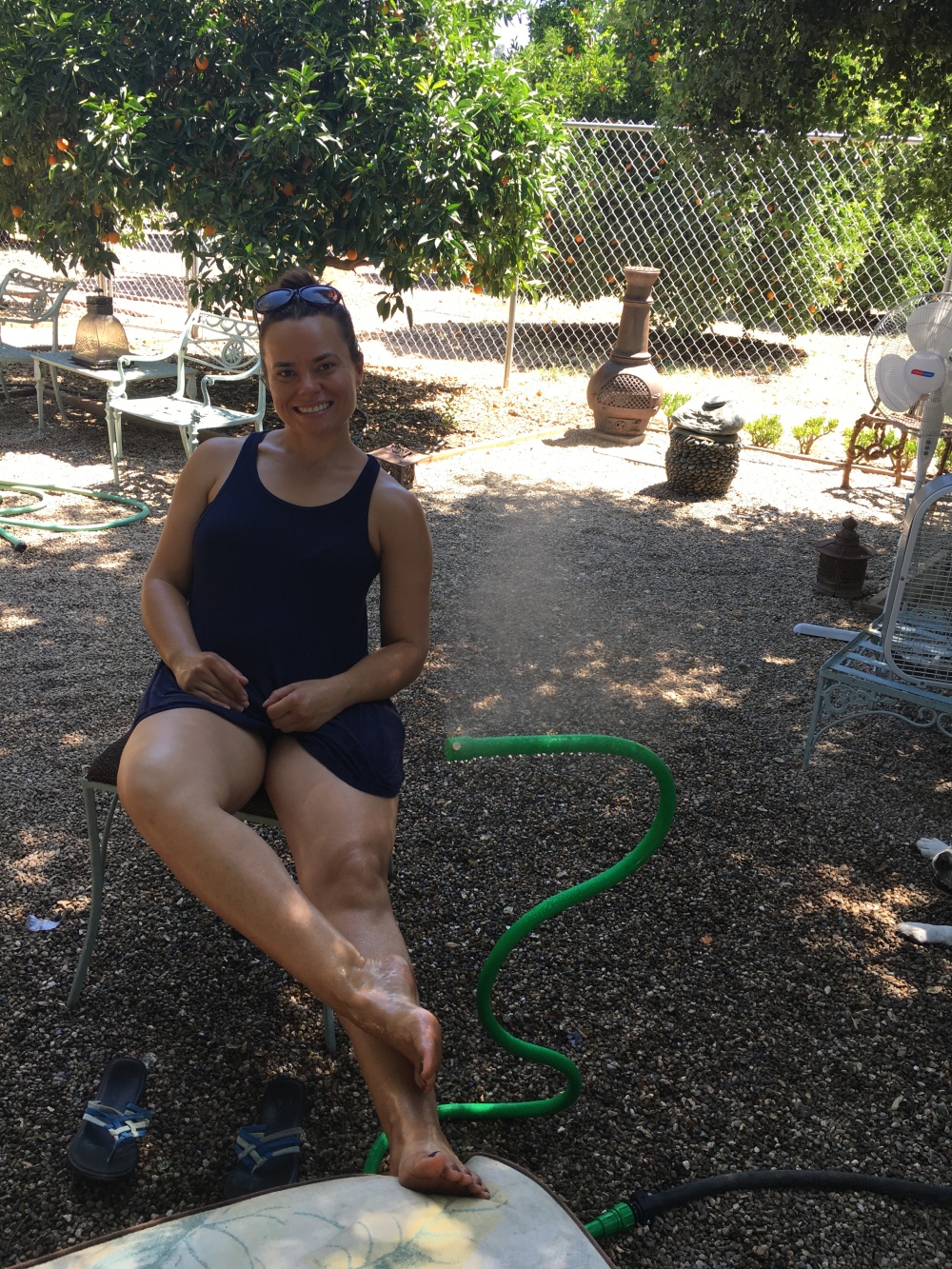 Here is the actual stand so you can run by one! 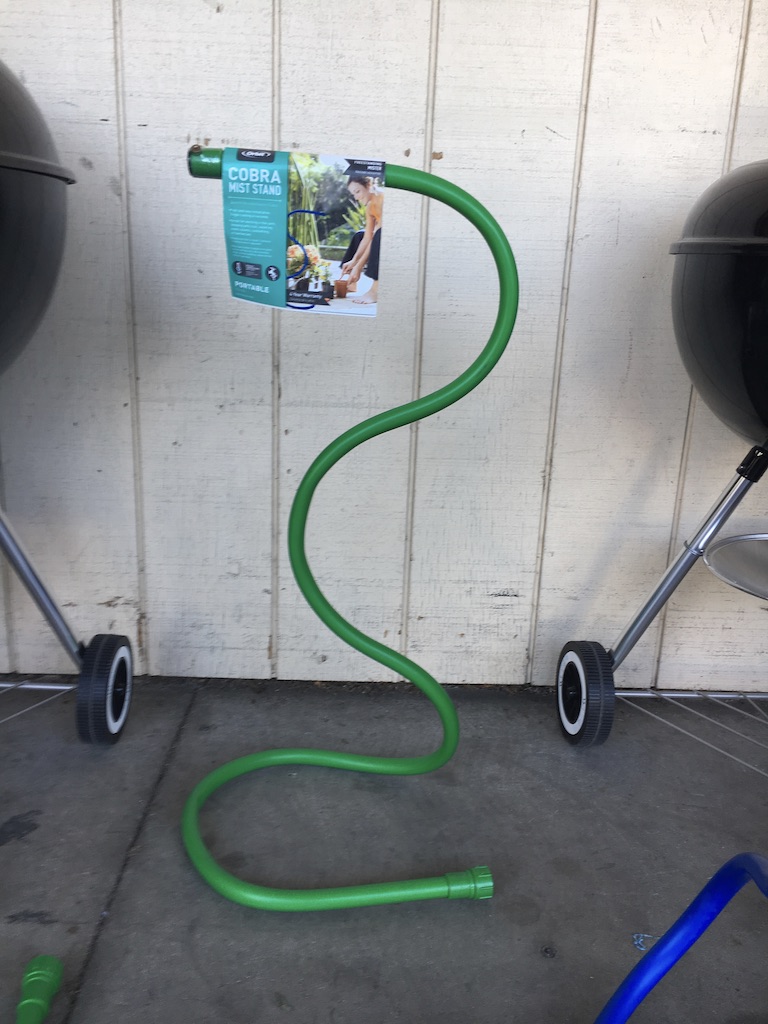 We’ll be talking again tomorrow.  Between now and then, stay cool.