Almost a month ago, I had the profound privilege of being present for the labor and delivery of Sarah and Gregorio’s third child, my third grandchild, Lyla Gabriella Pacheco Beaty.

With firstborn Luna, I was the very first person to see her little face when she was born and was able to cry out, “Oh, she is so cute!”  With Nico, I was there for the hours of labor but was summarily escorted out when a too strong epidural sent both mama and baby’s heartbeat plunging, resulting in an emergency C-section. In that case, after shared tears with Ray in a stairwell while we worried over the fate of our baby, Sarah, and her new little baby, we finally received the word that both mother and baby were fine. I even had the kindness extended to me by one of Sarah’s fellow resident friends of a visit to see Sarah, baby Nico and Gregorio while they were still in the delivery room. Sarah said they splashed iodine over her belly, sliced her open with a scalpel and pulled Nico out seconds after arriving. Needless to say, we were all a bit traumatized as a result of that unexpected and frightening experience.

Lyla’s birth was more akin to Luna’s but different at the same time.

Little Lyla was a no-show. She was not coming out. Her due date came and went and she apparently was still happy in her cozy little mama-world though she was getting too big to remain. Even after Sarah had labored for hours and was completely dilated, little Lyla resisted moving down the birth canal. The doctor arrived, a funny little Chinese man who looked as if he’d delivered 1000 babies, and after checking Sarah declared, “Yes, I believe we can make this happen.” I was surprised since I saw no evidence of Lyla’s head anywhere on the horizon, but Dr. Li was clearly confident. Over the next fifteen minutes, every time Sarah pushed, the doctor gently pulled Lyla’s head further and further down the birth canal until, sure enough, I saw a little round orb. “She has lots of hair,” I called to Sarah and Gregorio. “What color?” Sarah asked. “Black,” I said. “She is clearly your child, Gregorio.”  Dr. Li smiled and quipped, “But I have black hair too!” We all laughed.  One more push from Sarah and there was little Lyla’s face. “She’s a perfect combination of Luna and Nico,” I said. By now, her almost eight-pound body came slipping out and there she was with a round belly, skinny legs and fat little cheeks. I saw that her eyes were open, but there was a pause while we waited to hear her take her first breath. Finally, she produced a good solid wail and everyone in the room breathed out a relieved, “Aw.”

Over the years, I have had the remarkable opportunity to be present for the birth not only of my three grandchildren but also three of my nieces. As an aunt and grandmother, I have experienced few moments in life that have been more intimate, sweet, and bonding than being present for the birth of these children. The arrival of a fresh new life into this world brings with it a sense of awe as well as a feeling of hope. True gifts from God.

Thank you, Sarah and Gregorio, for once again allowing me to share this life-changing moment with you. I am deeply grateful for your generosity and will remember Lyla’s arrival with deep love and pleasure all of my life. 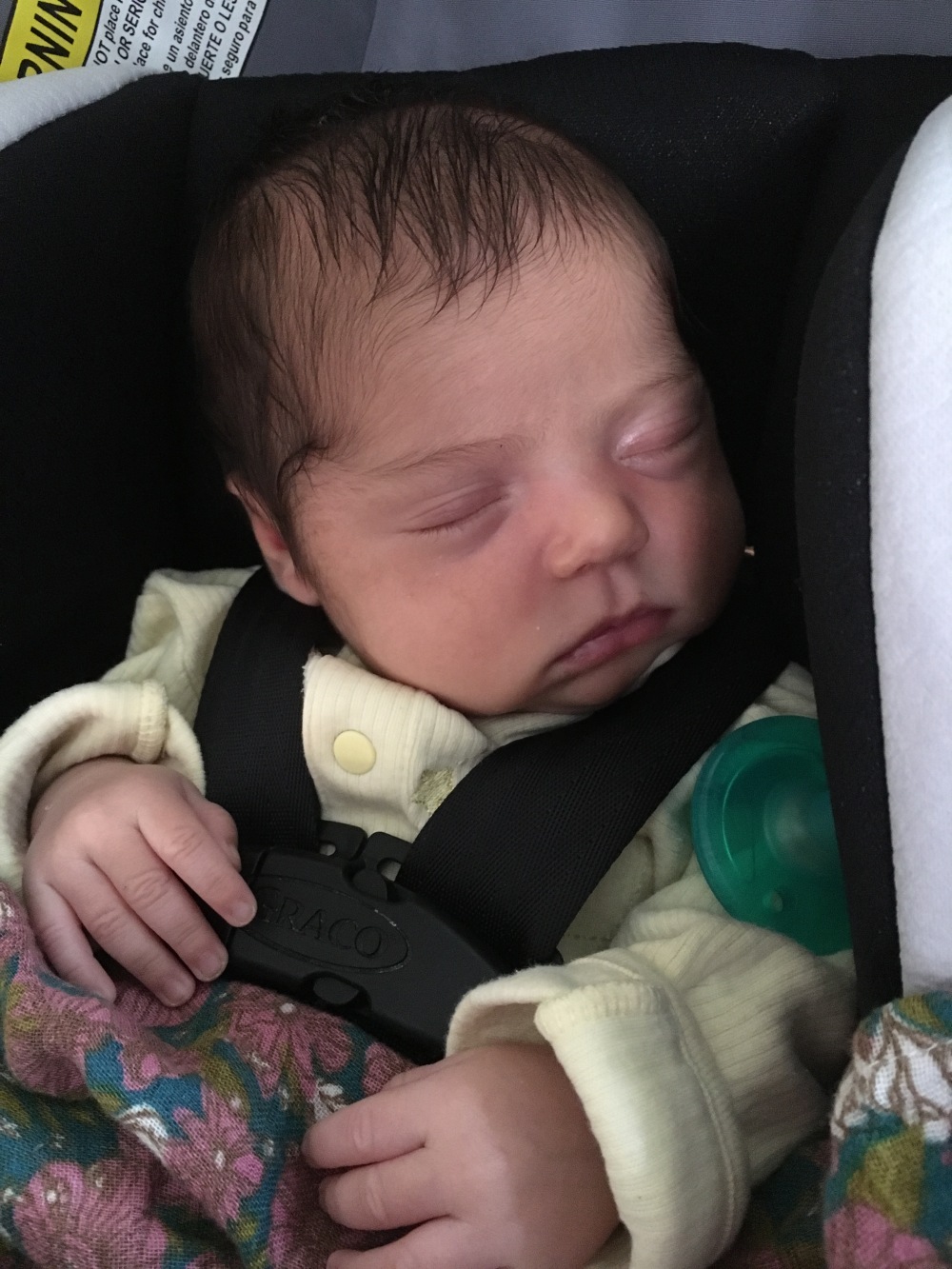