This evening we went out to dinner with our friend Jared and tried a new (to us) restaurant in downtown Sherman.  Camino Viejo is right off the square at 110 East Houston Street.  Ray was reluctant to go since we don’t eat pork and often small Mexican restaurants say they don’t use lard but often do.  Tonight, before going, I called and asked.  The waitress asked the chef who clarified that all their chips are fried in vegetable oil and their black beans do not contain lard (their pintos and refried beans do).  With that in mind, we jumped in the car and drove the five minutes from our house to the restaurant.

We were pleasantly surprised to find that the place to be charmingly decorated and quite welcoming. I told our waitress we were the people who had called about the lard and she said that she would clear every dish we ordered with the chef.  In fact, later in our meal, the chef and owner, came out and introduced himself to us. He assured us that very few of his dishes used lard and for those that did, he would be happy to offer a vegetable oil alternative.  In other words, he couldn’t have been more cordial.

The food turned out to be exceptional. The chips were light, the salsa tasty, the guacamole just right and my meal, tomatillo chicken, was truly excellent.  The chicken was moist, the lime-cilantro rice had just the right amount of tartness and the black beans were very good.  Ray and Jared both had other chicken dishes and were equally happy with their meals.

In short, I would highly recommend this restaurant.  The service was excellent and the people could not have been friendlier.  I can assure you that we will be returning often to Camino Viejo because the food was simply so good.

They are open from 7 am – 9 pm and serve breakfast. lunch and dinner. The prices were reasonable, particularly since the plates are large and filled with delicious food.  My tomatillo chicken plate with mixed vegetables, rice and beans was $10.50.  There was so much food, I could not eat it all.

I have included a few photos from their website just to give you a sense of the place.  Again, I would highly recommend this restaurant for authentic Tex-Mex.  They make their own tamales as well as handroll their enchiladas.  Try it, North Texas folks, you will love it! 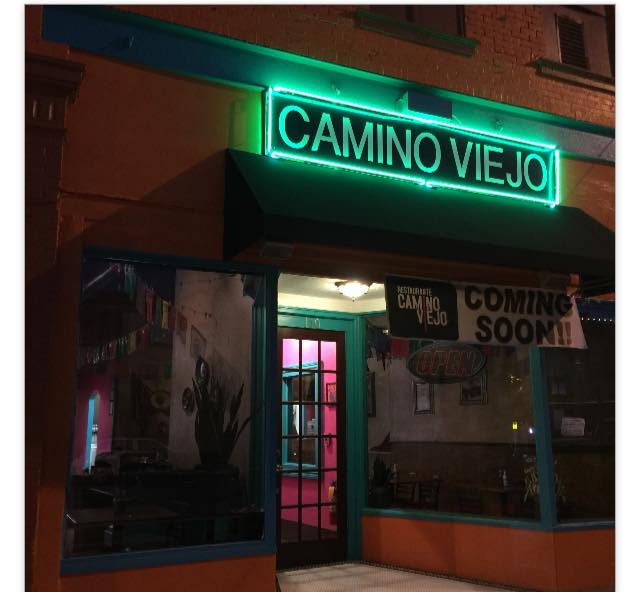