Ray and I went with our friend David Bode tonight to see Isle of Dogs at the Arclight Hollywood.  This stop-motion animated movie chronicles a propaganda campaign against dogs in the future in Japan. All dogs are banished to the Isle of Dogs. The voices of the dogs in the film include Bryan Cranston, Edward Norton, Bill Murray, Jeff Goldblum, and Bob Balaban.

This is a charming movie and you’ll be glad you saw it.  If you love dogs, you’ll love it even more.

Here is a miniature set from the movie they were displaying the Arclight: 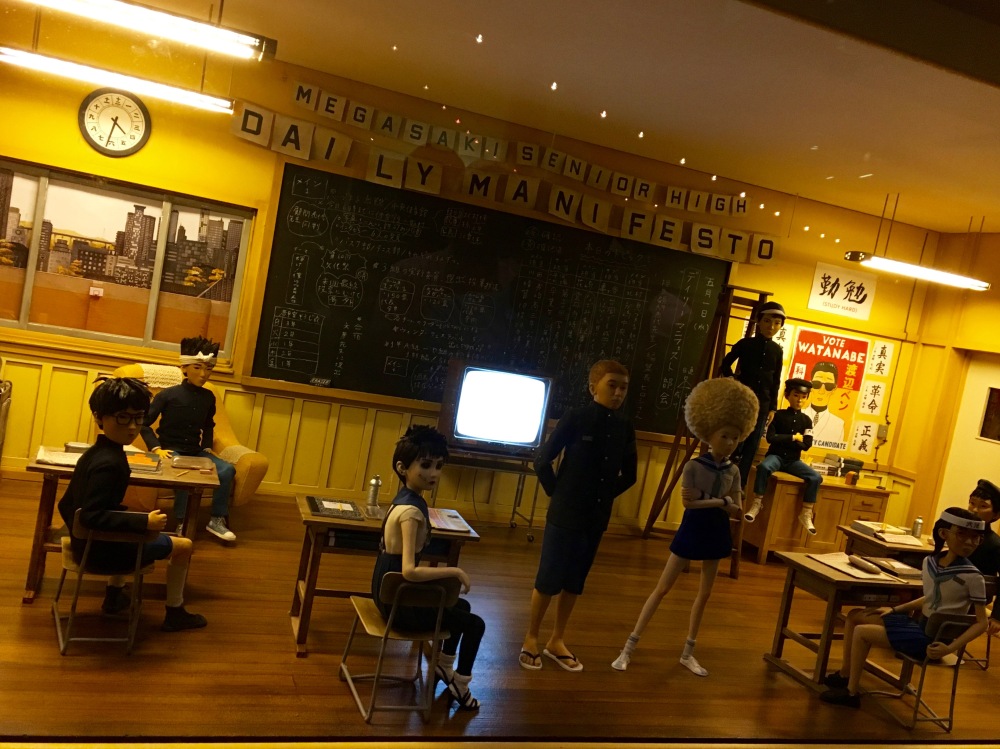 Here is the trailer:

Definitely two thumbs up for this film.