Yes, I am in love.  This is no exaggeration.  Ask my kids or Ray.  I am cooking in my Instant Pot almost every day.  The cool thing about this contraption, which is one part pressure cooker and one part slow cooker is that once you put everything in the pot and hit the timer, you can walk away and not think about it at all.  That means if you’re cooking steel cut oats for breakfast, you don’t have to stir them or even watch them.  Nope. Just set the timer according to the recipe information and then go take a bath.  All will be well when you return.

I have made a whole series of foods in the pressure cooker from soups to chicken to vegetables to pasta even to meatloaf and I would say in my limited (but growing) experience, the Instant Pot is better at some things more than others.  For example, the above-mentioned steel cut oats are a no-brainer as well as any soup. The broth will taste as if you’ve been simmering it for hours when, in fact, you may have gone from empty pot to full stomach in right around an hour.  The meatloaf cooked faster, but I had to take it out and brown it in the oven to get the right crunch on the top.  I made mashed potatoes today with chicken broth and they were delicious.  I have not made any kind of sweet yet in the instant pot, but am curious to do so.  I just have to find a recipe that is for honey or maple sweetened treats since that’s what I eat.

Maybe the most impressive thing I’ve experienced so far with the Instant Pot is putting a whole frozen chicken in it for cooking. I would advise to remove all parts from the cavity and take away any paper in the packaging before freezing (it’s tricky to remove these things when a chicken is frozen solid), but besides that, in about an hour, you will have a very tasty chicken all ready to eat.  It won’t be pretty but it will taste delicious.  For pretty, I’d go the traditional route and bake it in the oven.  But for a fast meal, give a frozen chicken a try!

A few things I’ve learned:  Don’t use low-fat coconut milk for any soup. Go full fat. The other just doesn’t have the same pretty texture. It will taste good, but again, won’t be that pretty.

Also, read the instructions.  Times are important and need to be set properly.

Besides that, I’d say so far, so great.  I saute all the time in it before adding other ingredients. That feature is a huge plus.  No dirtying another pan to get the onions and garlic all nicely cooked before adding into the recipe.

Thanks, Max and Nicki, for telling me about the wonders of the Instant Pot and thank you, Sam and Jaime, for allowing me to break your pot in with that glorious coconut soup we had. I am a true devotee.  Ask my kids. They are getting tired of hearing all my raving about my Instant Pot!

Here are a few photos just for the fun of it: 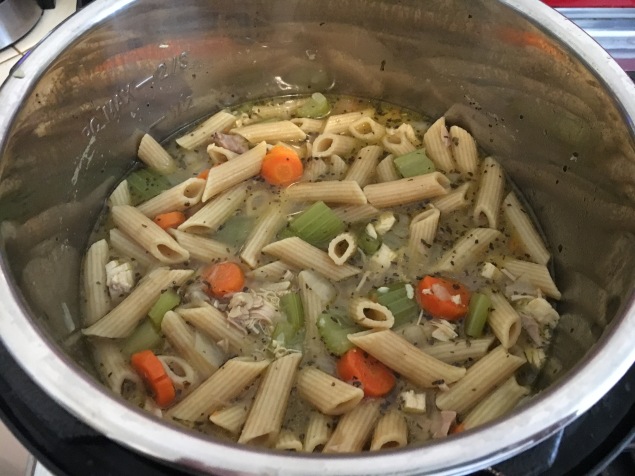 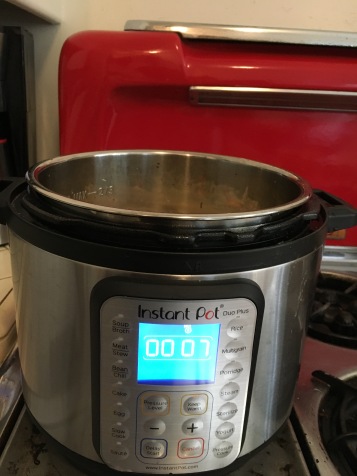 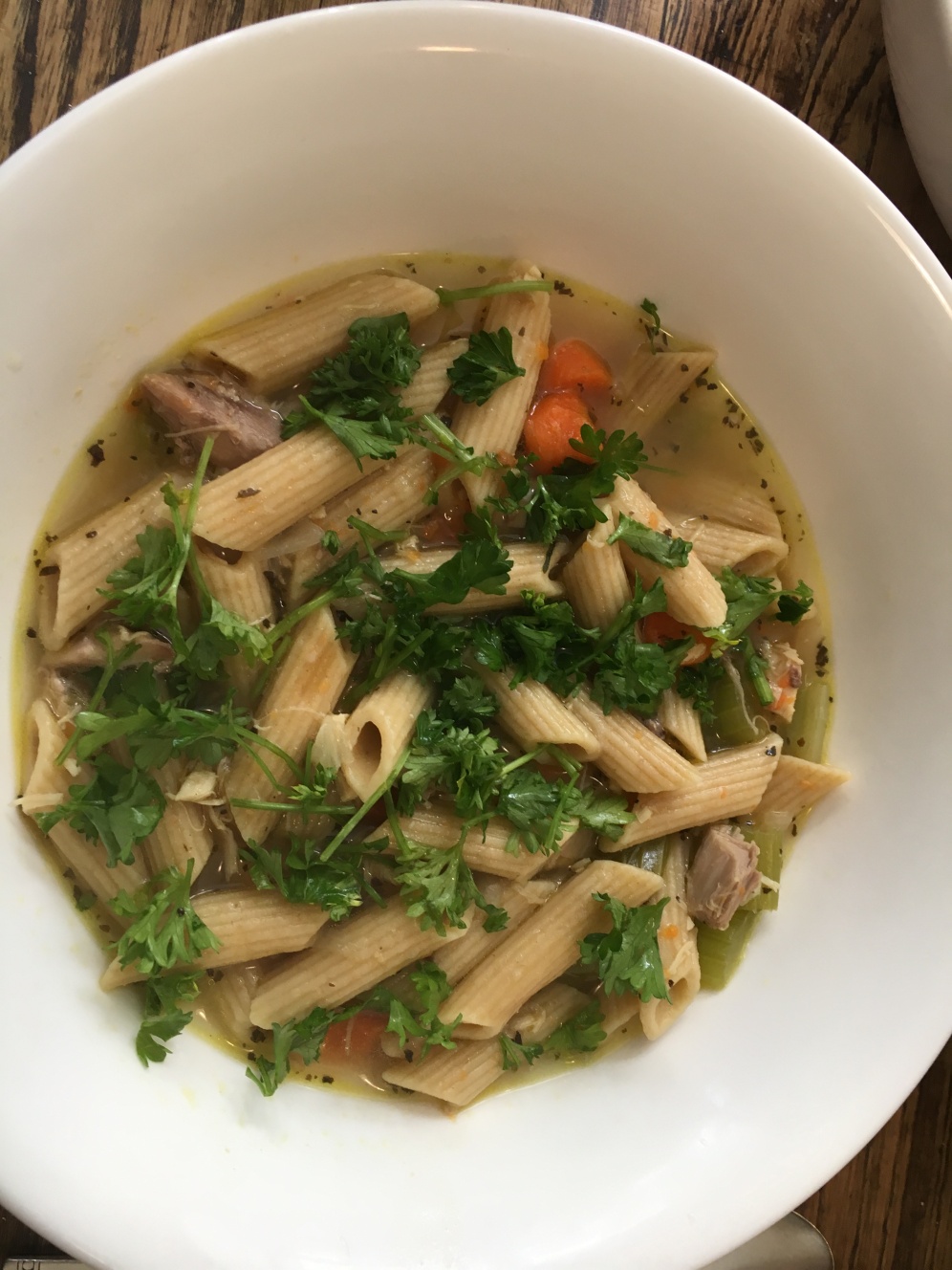