Today, Sarah graduated from the Family Medicine Residency program at Glendale Adventist Hospital. That is three years of hard work that have culminated in her and her fellow residents (8 in all) becoming Board Certified Family Physicians.

As it turns out, our middle daughter Liz is the coordinator of Glendale Adventist’s Family Medicine Residency program. (Sarah told her about the job opening and Liz applied and was hired a couple of years ago.)  This has allowed our two daughters to work closely together at Glendale Adventist Hospital.  In fact, Liz is the person, along with another co-worker, who was responsible for coordinating today’s graduation and luncheon and making sure everything went smoothly during the program.  She was also thanked by every resident during their speeches for her hard work in keeping their lives as sane as possible during these three difficult years.

The residency program director, Dr. Kanowyon, came up and told me that Glendale Adventist felt extremely lucky to have both Sarah and Liz working there and that they were wonderful young women. Apparently, our two older daughters have made a strong name for themselves at the hospital and I feel proud of them and their clear contribution to this program.

There were lots of tears up on that stage today as each resident thanked their loved ones for their support over this time.  When it was Sarah’s turn, she looked over at us and immediately got very teary. “I can’t look at my family and get through this speech,” she said.  “Let’s just say it has truly taken a village for me to succeed.  Thank you all for helping me.”

Of course, I cried.

The best part of the event was when the second year chief residents (soon to be the third years, as of Monday) came up on stage and presented several awards.  The last award was for the senior resident who has been the most influential as a mentor to both the first and second-years.  That person, in turns out, was Dr. Sarah Beaty.

Of course, I cried again.

Today is the result of 11 years of education for Sarah and her fellow residents: four years of undergraduate work, four years of medical school and three years of residency.  Wow. It is almost impossible to fathom that Sarah’s life might actually shift to some semblance of normal.

Thank you, Sarah and Liz, for being such fine examples of leadership.  How wonderful to see you both appreciated and celebrated today.

Here are a few photos of the event: 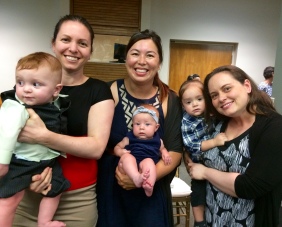 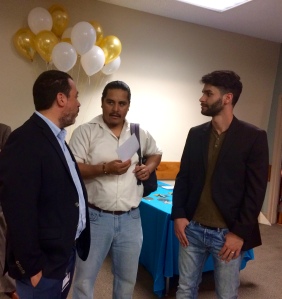 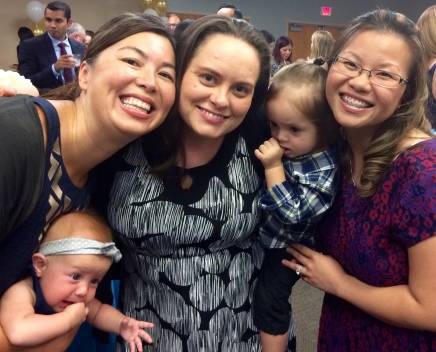 Sarah with babies and friends 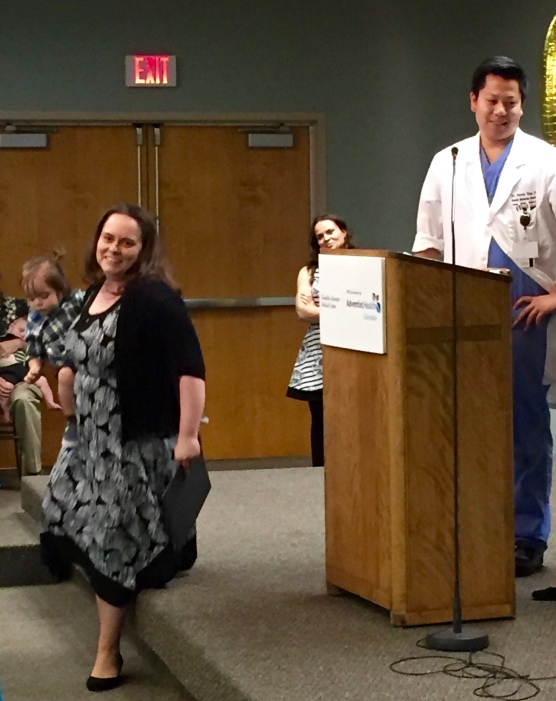 Sarah with Liz in Background 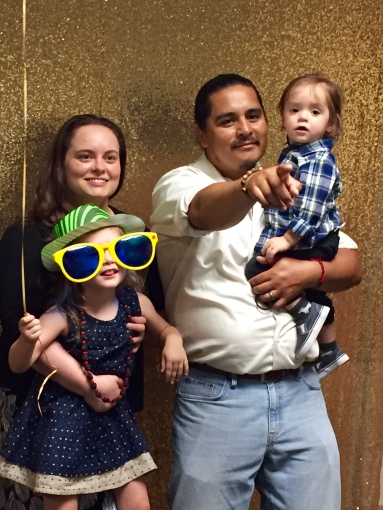