I recently came across my mother’s memory book of my brother, John. It contains family photos, several letters from John she received in the months prior to his death, along with condolence cards and letters after he died in 1990. He was 46 at that time. He had been diagnosed with AIDS less than 2 years after going to Parkland Hospital in Dallas with what turned out to be pneumocystis pneumonia. He told us that the doctor said, “We have two medications to fight this disease. If these don’t work, you should know we will not resuscitate.” That was around 1988.

My brother, John, had both a Bachelor’s and Master’s degree in Italian from the University of Wisconsin, Madison, and he also spoke French, Spanish and German with an impressive degree of fluency. He lived in Italy for ten years and owned and operated a franchise of The British School, a private school focused on teaching English to Italians. I lived near John in Italy for 1 year right after receiving my Bachelor’s in 1975, and taught English to Italians at his school and then later at The British School in Milan.  We became very close in that year together and I will treasure those memories always. John remains one of the most well-read and well-traveled people I’ve ever met, he played the piano exceptionally well, and had a wicked sense of humor. I loved him very much.

Here are pictures of him over the years.

John as a baby

John as a Little Boy 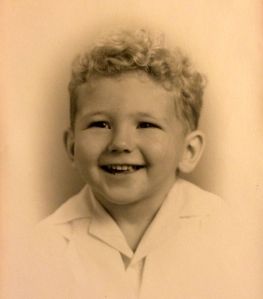 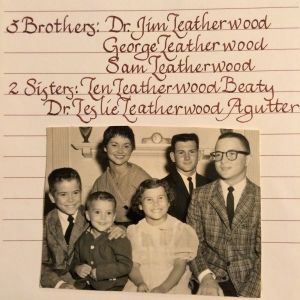 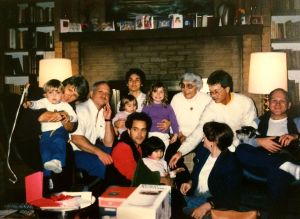 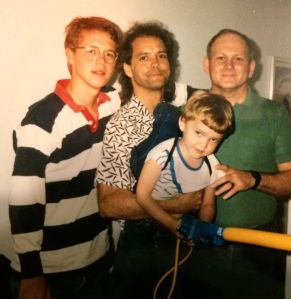 Looking over these pictures makes me sad; however, I want to share these lovely photos with family and any people who may have known John.  I know a few people will be very pleased to see their dear cousin, brother or friend here on these pages.

Stay warm tonight those of you who are in cold places.  And for those of us here in Southern CA, put on another blanket.  It’s supposed to get down to 57 degrees tonight!