My youngest daughter, Rachael, took me to the Pantages Theater today to see a production called Circus, 1903, The Golden Age of Circus.

According to the playbill:

The producers of the world’s biggest magic show, The Illusionists have teamed up with the award winning puppeteers from War Horse to present a thrilling turn of the century circus spectacular.

Sensational puppetry puts Elephants back in the ring as never seen before along with a huge cast of the most unique, amazing and dangerous circus acts from all four corners of the world, from strong men to contortionists, acrobats to musicians, knife throwers, high wire and much more!

We saw acrobats, contortionists, tightrope walkers, a magician, jugglers, and more.  Lots of fun and lots of laughter.  Pure escapism. Just what I needed.

Thank you, Rachael, for a lovely afternoon.

We stopped afterward at a restaurant across the street named Feast Kitchen and Grill that was excellent. The food was fresh, simple and delicious. I had a huge plate of food for $12.50. I will definitely be taking Ray there soon.

Here are a few photos: 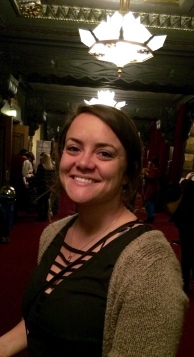 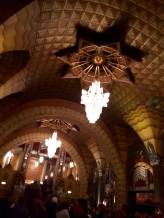