I have lived in Beverly Hill (or BH to the locals) for 21 years. I came to LA with my family when my brother Jim was sick and needed support during the last year and a half of his life, and we moved to Beverly Hills because we needed a good school district for our kids. Who knew what unlikely lessons I would learn from living here?

1) Everyone in Beverly Hills hesitates when people outside BH ask them where they live. Most – including my family and me – hem and haw and say, “LA.” Only when people press with, “Where in LA?” do most of us answer. Why you ask? Aren’t you proud of where you live? The answer is prejudice. Most people have a stereotypic view of Beverly Hills residents, mainly that everybody is rich and snotty. People get a look in their eye when you say, “I live in Beverly Hills,” and it’s not a particularly friendly look.

2) Not everybody in BH is rich. Many are well off, of course, and some are rich – usually the “above Sunset Boulevard” set, but there are also a fair number of average citizens in Beverly Hills. The people who do “well enough.” There are even some people who have several generations of family living together in one apartment, primarily so their kids can attend the school district.

3) One of my biggest misconceptions when moving here was that people were so rich that they didn’t have “real” problems. Imagine my embarrassment when a BH housewife and mother of one of my daughter’s friends sat in my living room and told me about her child with severe birth trauma and her father, who lived far away and was dying. I felt so ashamed that I had pre-judged her as someone who couldn’t possibly understand how “the rest of us” feel.

4) Beverly Hills 90210 is not an accurate reflection of Beverly Hills and especially BHUSD. When we first moved here, I expected to see the non-actor equivalents of the 90210 show on the schoolyard in Beverly Hills. Imagine my surprise when I discovered that BHUSD has a very large contingent of Persians Jews and that in the elementary school my kids attended, 26 nations were represented. My children were in the distinct minority as Christians and I would soon need to educate myself on Jewish traditions.

5) Iranians here call themselves Persians and have a poignant history. Don’t mind me, but before moving to BH, I hadn’t spent a lot of time on Iranian history. I have had the occasion now to know many Persian Jewish families. Many of my students are Persians. I have heard poignant stories from many of their parents’ and grandparents’ escape for Iran when the Shah was overthrown, and their arrival in the United States with traumatic memories and sadness over leaving their beloved homeland. I have had the opportunity to learn much about this lovely and lively culture.

6) Jews come in as many varieties as Christians. Probably most people already know this, but coming from a little Texas town where there was only one Jew, and he was only half and a practicing Unitarian, well…to say I was underexposed is an understatement. Most of the Jews I know are Reform, but not all. It’s been educational to learn about this rich religious tradition and to get to know people who range from being Jew “ish” to Orthodox.

7) You really can see celebrities at restaurants and in the grocery stores here. Not always, but often enough. I have seen over the years a whole range of well-known people: Arnold driving down our street in his Hummer, Ben Stiller jogging down our street, Katie Holmes (a while back) walking in West Hollywood, Rod Stewart at Coffee Bean, Keanu Reeves waiting outside a movie theater, Jane Fonda in the elevator in the parking garage of that same theater (ArcLight Hollywood), David Arquette in an auto accident near our house, Lindsey Lohan emerging from the high-rise across the street from our house, Dave Navarro at a local bakery, Christina Ricci sitting at the next table at a restaurant, Jeff Goldblum grabbing take-out from a restaurant where we were having breakfast, K.D. Lang at Whole Foods. More, I’m sure, but those are the ones that quickly come to mind. That’s always a little fun. The whole “celebrity sighting” thing. Half the fun of living in LA.

8) People in Beverly Hills are just like people everywhere else. I have spent a lot of time in Beverly Hills working as a volunteer with PTA. I coordinated the parenting workshops for the BHUSD for over ten years – that was my gift to the district for educating my children so well – which meant one workshop in each of the five schools every year. I have met with the core people in each of these schools many times and I’ve come to realize that the same type of people in every town and city across the U.S. (and the world) join together to help children. They are down-to-earth, generous with their time, and civic-minded. Never mind if they arrive in a ten-year-old Toyota or a brand new Bentley, they are cut from the same cloth.

9) Beverly Hills has no discount stores. Damn. I have to drive 45 minutes to get to the nearest Costco. And don’t think I don’t see half of Beverly Hills there. They are there.

10) People in Beverly Hills (and LA) dress down, not up. People are more dressed up in North Dallas then on Rodeo Drive, for the most part. “California casual” means you can walk into Gucci in your shorts and flip-flops, and salespeople never know if you’re rich or not. That is a gift for someone who is not driven by fashion. Not to say fashion is not here. It is everywhere. That same woman sitting in her sweats at the restaurant for breakfast, might be wearing Prada tonight. The difference is she will be dressed up to go somewhere, not just heading down to the local bakery for a croissant.

11) People are pretty here. It’s true. Go to the local mall or out to Runyon Canyon for a hike and be astounded by the number of beautiful people. It is not surprising since many “beauties” move here in hopes of a television or movie career and stay long after that dream fades. Still, it makes people-watching extra pleasant.

12) It doesn’t really matter where you live. I love LA and I love California, but I’m a Texas girl through and through. I bring those hometown values with me here and I take my city experiences back to Texas, where I love to spend lots of time. You take you with you wherever you are so places are not nearly as important as one might think. 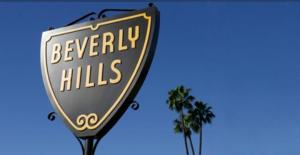